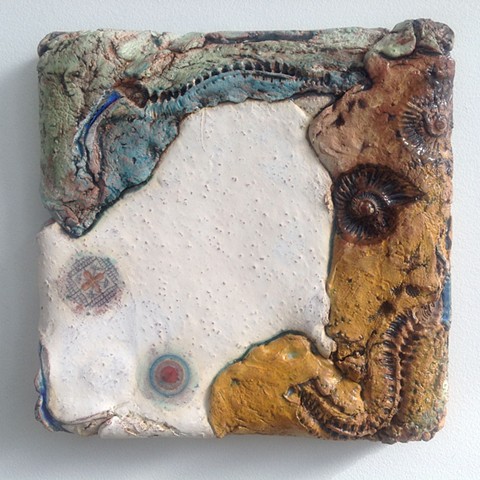 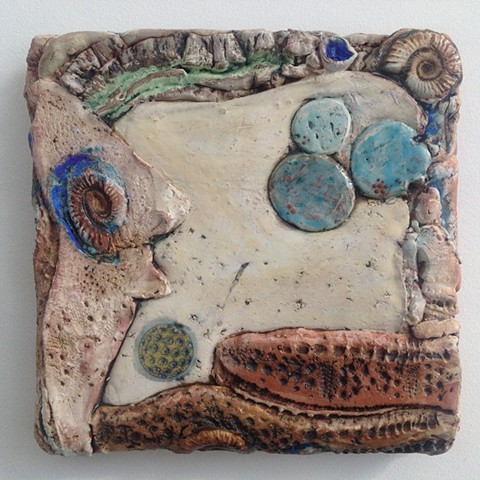 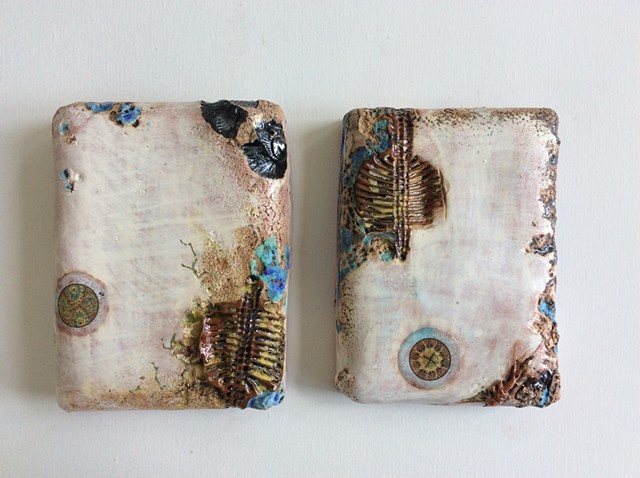 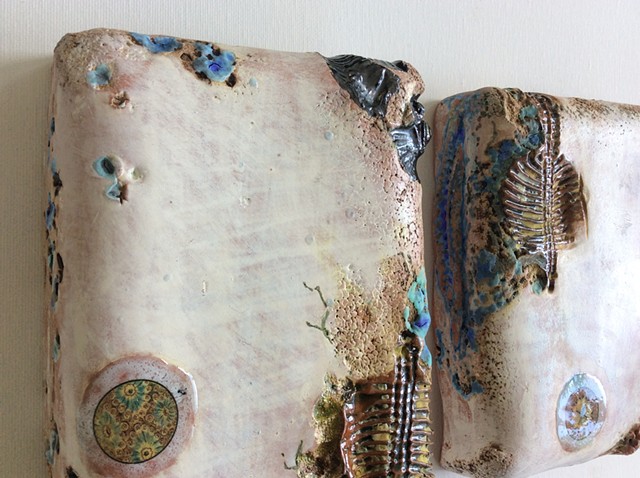 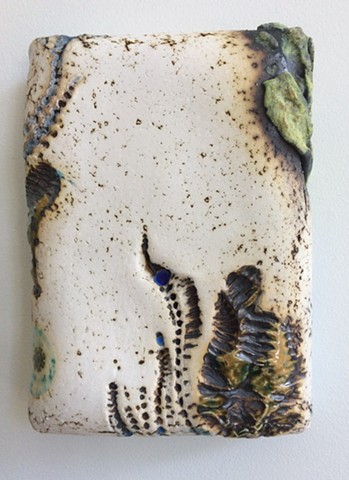 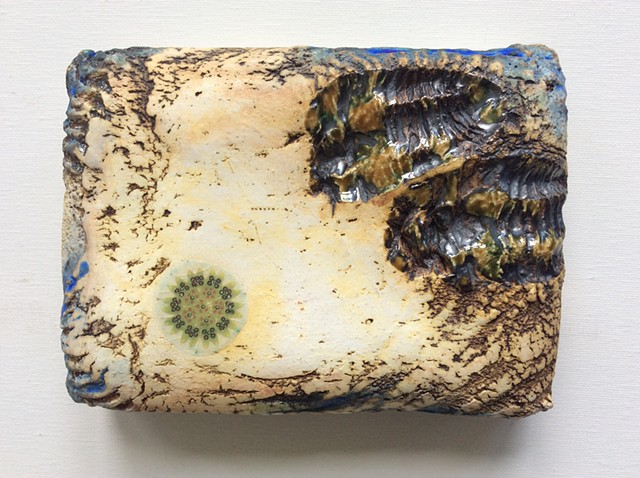 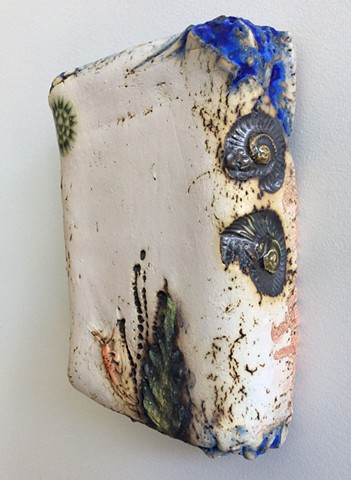 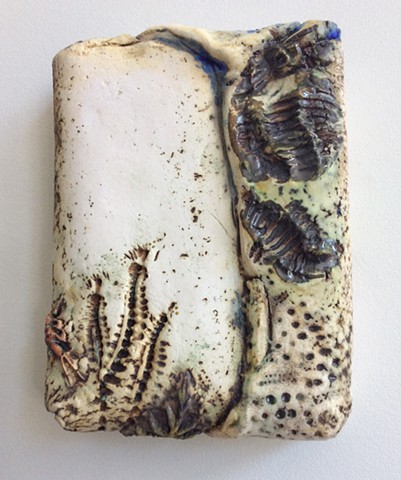 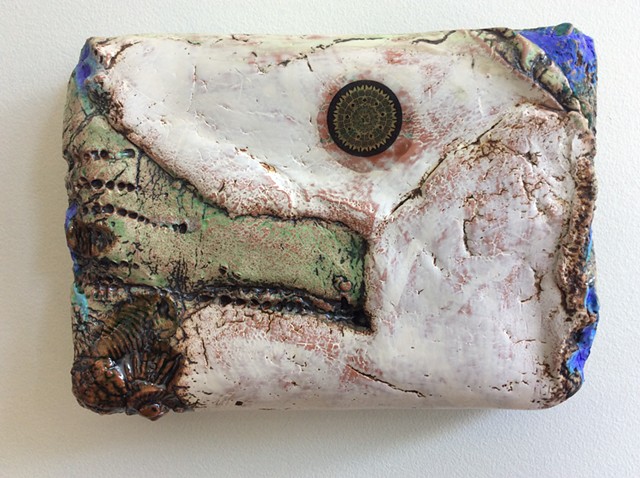 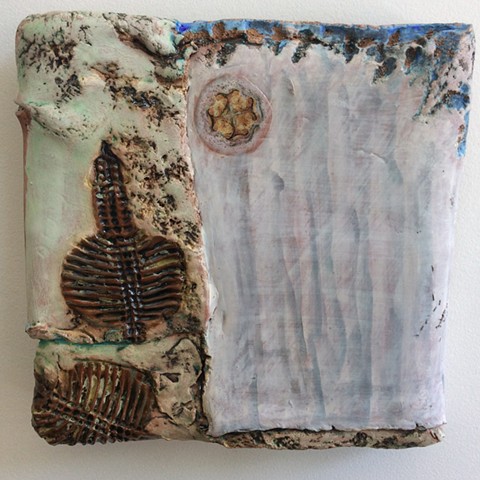 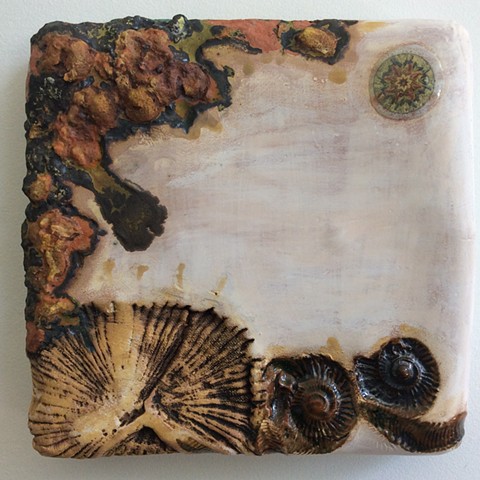 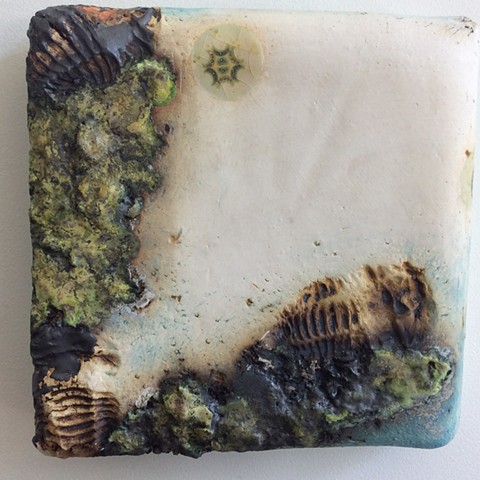 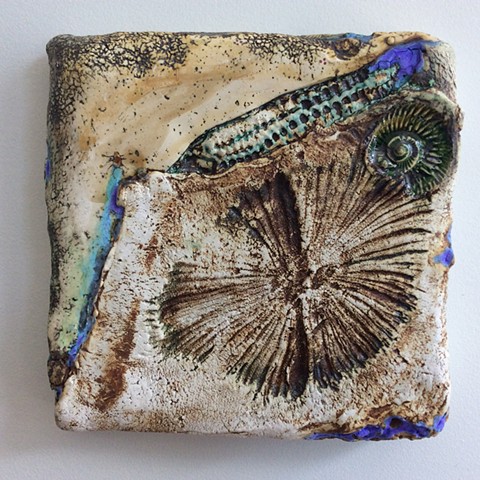 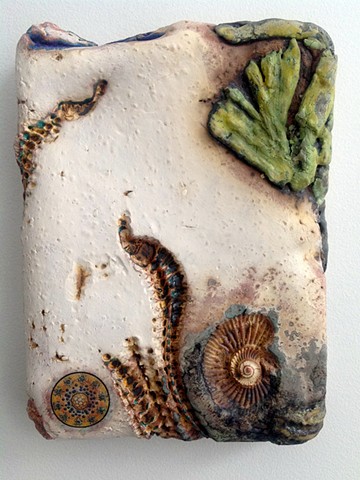 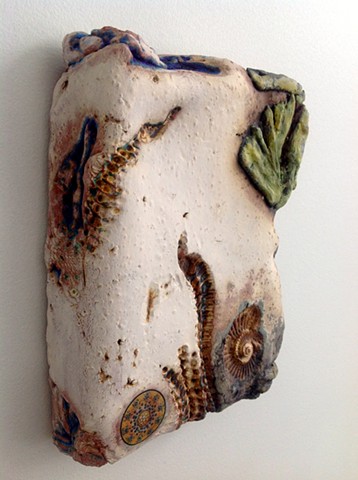 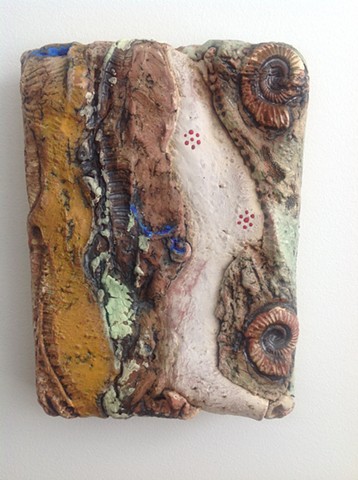 I created textured and evocative wall pieces based on the abundant fossils to be found in the Bow Valley. They reimagine the geology of this area as it has evolved into a landscape rich in biodiversity, sculpted by time and water. I have depicted the rock surfaces with images of new cells and growth together with neighbouring fossils which emerge on the ancient rock through erosion. The cells are shiny, new, and complex yet they lay on a background of imprinted, fragmented, aged rock spotted with vegetation.

I am a consumer of parks, trails, and vistas. My wall pieces in this fossil series are presented as ‘slices’ of the Bow Valley, in the shape of boxes. Much as one might buy cereal in a local big box food store. As a consumer buying cereal, one would expect the product to be the same in every box but as a consumer of our parks and trails, the experience is much different. Each piece starts in the same way with a flattened piece of clay in a plaster mold and emerges to represent a small slice of a landscape rich in biodiversity, a vital transportation corridor, and ancient geological history.

When I was a child we camped based on the old adage, ‘take nothing but memories, leave nothing but footsteps’. My pieces are meant to be part of that tradition. I impress memory and meaning into clay which is a material as old as the Rocky Mountains.