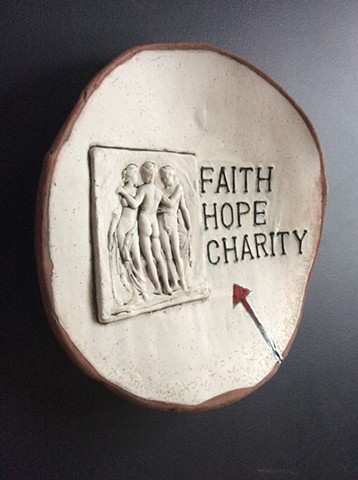 The three Graces from Greek mythology have become entwined over time with the Christian virtues of faith, hope, and charity. The image reproduced of the Graces is based on a Raphael painting, but without the apples. In a mural, also from the 14th century, depicting life in Siena, Italy, the three Graces are shown dancing in the city centre. The mural is titled, The Effects of Good Government on City Life. The implication is that ensuring women safe space is part of providing responsible government.